Background: In previous studies we were successful in demonstrating that the administration of water over a short period of time increases the transport capacity in the excretory tract of rabbit ureters by increasing urinary volume in the ureter from 0.3 ml/min to 10 ml/min. This phenomenon may explain the effect of water therapy performed in thermal spas, where the administration of 1-2 liters of mineral water is performed in 30-60 minutes. Objectives: The aim of the present study is to investigate if this increased transport capacity can act also in the renal tubular apparatus to modify the excretion of some endogenous substances. Materials and Methods: We evaluated daily renal clearances in ten subjects under basal conditions during supplemental administration of 25 ml/kg of mineral water over a 24-hour period and during the administration of the same amount of water over a 30-minute period. Results: Subjects who drank a water load of 25 ml/Kg over 30 minutes showed a higher diuresis than that observed in those who drank the same amount over a 24-hour period. Creatinine and urea clearance at 24 hours were significantly higher in subjects who drank the water load over 30 minutes. Serum magnesium levels and folic acid levels were also significantly higher in subjects who drank the water load over 30 minutes. Conclusions: Water administration over a short period of time seems to modify the daily excretion of some endogenous metabolites. (Int J Artif Organs 2007; 30: 1109-15). KEY WORDS: Renal clearances, Fluid transport capacity, Water therapy. 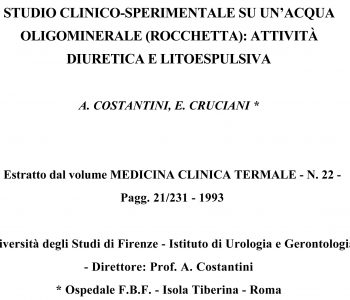 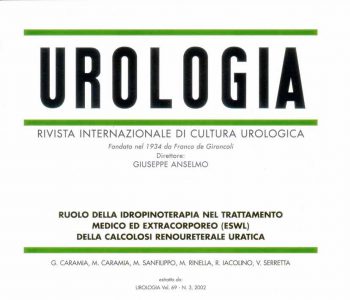 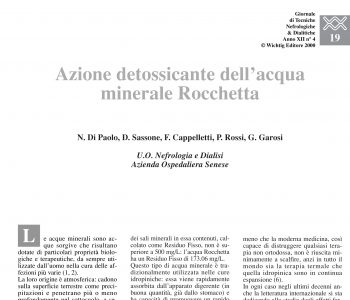 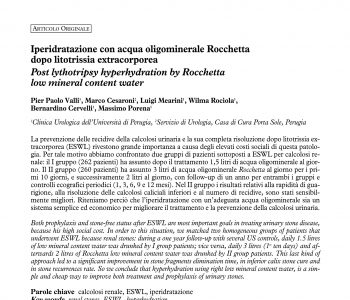